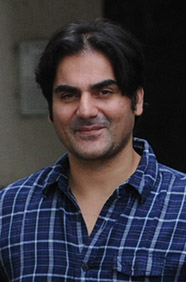 While Arbaaz Khan's appearance in films have been infrequent in the recent past, the Dabangg director's role as host of the reality TV show Power Couple has landed him on our list for the very first time. While Khan began hosting the show along with his wife, former VJ and model Malaika Arora Khan, the two announced their separation earlier this year. Besides television, Khan is also set to appear opposite Sunny Leone in an upcoming movie titled Tera Intezaar.
Fast Fact: Khan played a villain in his debut film, Daraar (1996), for which he won a Filmfare award for Best Performance in a Negative Role.