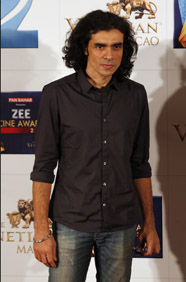 The director, who dropped out of the list last year, makes a comeback at No. 91. Ali's film Tamasha, starring Ranbir Kapoor and Deepika Padukone, explored the familiar themes of love and journeys, inward and outward, and for a change didn't polarise people—they either liked it or didn't really get it. It had a decent run at the box office and Ali, whom Ranbir recently called the grand-daddy of romance, is on to his next, this time with Shah Rukh Khan and Anushka Sharma.
Fast Fact: Ali played the role of Yakub Memon, the younger brother of 1993 Mumbai blasts prime suspect Tiger Memon, in Anurag Kashyap's Black Friday.