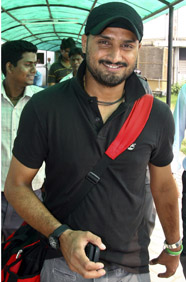 Harbhajan Singh had a quiet year professionally and represented India in just four ODIs and two T20 games. His performances, though, were mostly lacklustre and a sustained presence in the team appears unlikely at a time when R Ashwin, Ravindra Jadeja and Ashish Mishra are playing across most formats. In the ninth season of the IPL, Singh took nine wickets in 14 matches for the Mumbai Indians, at an average of 43.55. It was, however, the birth of his first child that made headlines this year.
Fast Fact: He has been roped in to judge the new season of Roadies.