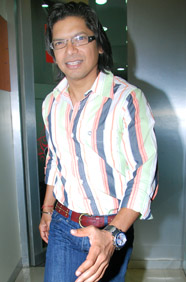 Shaan, who started with pop music and is known for his melodious voice, had a relatively better year this year, edging up seven spots from last year. He sang three songs in the Sooraj Barjatya's Prem Ratan Dhan Payo, followed by 1920 London and Pakistani movie Sawal 700 Crore Dollar Ka. He also sang in some Kannada and Bengali movies. Besides, he had several concerts to his name and was one of the judges on singing reality show The Voice India Kids.
Fast Fact: Shaan is set to release a song on demonetisation, penned by Prasoon Joshi.